You Are Here: Home » Latest News » Mining » Deep-sea mining could begin next year. Here’s why ocean experts are calling for a moratorium.

Deep-sea mining could begin next year. Here’s why ocean experts are calling for a moratorium. 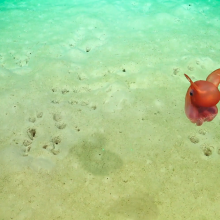 As momentum for a moratorium on deep-sea mining continues to Build, Joseph Winters finds out why experts are saying “no”.

“Looking to the deep sea and saying we’re going to use those metals to build a billion electric cars is assuming that that’s what we should be doing. It’s a very simplistic argument to say the only route to reduce carbon emissions is by mining the deep ocean.”

Helen Scales, a marine biologist who teaches at the University of Cambridge’s Institute of Continuing Education

The U.N Convention on the Law of the Sea explicitly calls for the “equitable sharing of the financial benefits” among ISA member countries and the European Union. The DSCC’s Duncan Currie explains that countries are “miles apart” on what that sharing should look like.

Greenpeace’s Arlo Hemphill also expressed hope that a growing spotlight on the Metals Company, the two-year rule, and the dangers of deep-sea mining will stop the practice in its tracks. He supports a moratorium, but stressed the need to pursue parallel objectives: working to reduce or dependency on clean energy metals, for instance, by boosting recycling, designing products to last longer, and investing in public transit systems as an alternative to electric cars.