You Are Here: Home » Latest News » Mining » Car manufacturing companies urged to keep the deep sea out of electric vehicles 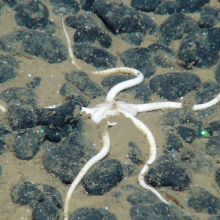 Calls for a stop to the destructive deep-sea mining industry grow louder as a global coalition of more than 90 NGOs call on car manufacturing and technology companies to pre-divest and support a moratorium on the nascent industry, which could be given the green light in as little as two years.

The Deep Sea Conservation Coalition (DSCC) is urging companies, including car manufacturers, to commit to not using minerals sourced from the deep because of the numerous threats posed by the destructive deep-sea mining industry to the environment and the knock-on effects this will have on the livelihoods of many, in the Pacific and beyond.

Scientists continue to warn that deep-sea mining will cause irreversible damage to essential ancient deep-sea habitats that have taken millions of years to form, and risks disturbing the planet’s largest carbon reservoir.  Over 500 scientists and policy experts across the globe have recently called for a pause on the emerging industry.

DSCC Global Campaigner, Farah Obaidullah said “Deep-sea mining presents humanity with a unique opportunity- to learn from our past mistakes and stop a destructive industry before it begins.”

Pioneering automotive and technology have already started to line up to highlight the dangers of sourcing minerals for electric vehicles from the deep as BMW Group, Volvo, Google, and Samsung SDI who all came out earlier this year in support of a halt to the industry. Battery technology is advancing at a rapid pace. A new generation of batteries that don’t use minerals such as cobalt, nickel, and manganese, that deep-sea miners hope to target, are already entering the market. The world’s second-biggest electric vehicle manufacturer, BYD, recently announced that they have scrapped these metals from their model lineup entirely.

Claudia Becker, a senior BMW expert in sustainable supply chains told the BBC earlier this year, that she believes deep-sea mining can be avoided by turning to alternative, less damaging metals, designing batteries that require fewer minerals in the first place and developing a circular economy with far better recycling.

“Those nodules grew over millions of years and if we take them out now, we don’t understand how many species depend on them – what does this mean for the beginning of our food chain? There’s way too little evidence, the research is just starting, it’s too big a risk.”

The DSCC’s Farah Obaidullah said: “If the current global pandemic has taught us anything, it is that we need to forge a way forward for our planet that is sustainable and brings us back into balance with nature. What we do not need and cannot afford is to undermine the health of our ocean, an ecosystem that all of humanity relies on, with extractive industries that belong in the past, like deep-sea mining.”

Interviews are available with the following experts: