You Are Here: Home » Latest News » Fisheries » How trawling is destroying our deep-sea coral gardens and the planet’s oldest living creatures 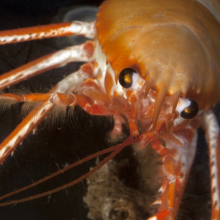 The mysterious habitats of the deep are being destroyed before we know anything about them.

Given its vastness and apparent remoteness from our everyday lives, the deep sea has been widely considered protected from the impacts of the human era, known as the Anthropocene. This, unfortunately, is not true.

For many decades, the deep sea has been an ‘out of sight, out of mind’ rubbish dump. Munitions, waste, lost ships and shipping containers, radioactive waste and sewage have all been disposed of in the deep sea.

Our knowledge of the full extent of deep-sea pollution is far from complete, although it accrues yearly. Recently microplastics have been found in deep-sea sediment samples – some of which are an extraordinary distance (2,800 km) from major pollution sources.

The impact of such pollution on deep-sea animals is unclear. In addition, over the last century humans have been increasing the harvest of biomass from the deep sea. The most damaging form of this harvesting – bottom trawl fishing – has expanded continually since the 1950s and now commonly occurs at depths approaching 2,000m.

To give an idea of the destructive potential of trawling, imagine flattening whole forests just to collect the birds that live in it. This is effectively what happens to deep-sea coral gardens, which are biodiversity hotspots. Wasteful doesn’t even begin to describe the effects of trawling on these habitats where corals can live for over 4,500 years, making them some of the oldest living creatures on the planet.