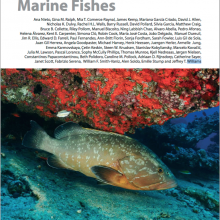 As the European Union Fisheries Council meets today in Luxembourg, the Deep Sea Conservation Coalition calls on Ministers to progress negotiations of a new regulation for the management of deep-sea fisheries so it may be concluded without further delay.

Under the existing 2002 EU regime for managing deep-sea fisheries in EU waters and the international waters of the northeast Atlantic, there are still no catch limits for nearly half of the deep-sea species supposedly ‘regulated’ by the legislation.

The International Council for the Exploration of the Sea has repeatedly raised concerns over the status of deep-sea species in the northeast Atlantic, declaring the EU’s deep-sea catch to be almost 100% “outside safe biological limits”.

Earlier this month the International Union for Conservation of Nature (IUCN) released the first ever European Red List of Marine Species, which classified two of the main fish species targeted by French and Spanish deep-sea trawlers off the Irish and Scottish coasts as Endangered (roundnose grenadier) and Vulnerable (blue ling). For 2015, France and Spain were given a combined quota of 6,115 tonnes of roundnose grenadier and 4,320 tonnes of blue ling by the Council.

The Red List further classified a number of deep-sea sharks caught as ‘bycatch’ in these deep-sea fisheries as Endangered or Critically Endangered.

The IUCN Red Listing of these species should be a wake-up call to EU Fisheries Ministers to seriously reform the regulation of deep-sea fisheries in EU waters” said Monica Verbeek of Seas At Risk, a member organization of the DSCC. “Fisheries for species listed as endangered on the IUCN Red List are tantamount to a legal hunt for endangered species.

Numerous scientific reports have highlighted the destructive nature of deep-sea trawling – the primary method used to catch deep-sea species by Spanish and French vessels – and its impacts on vulnerable deep-sea ecosystems such as cold-water coral reefs, sponge fields, coral gardens and seapens in the northeast Atlantic.

The European Commission released a proposal in 2012 for the reform of the EU’s deep sea fisheries regulation, which included a provision to phase out deep-sea bottom trawling and bottom gillnet fishing to target deep-sea species. The European Parliament completed its ‘first reading’ of the proposal in December 2013 but the negotiations have largely been stalled in the European Council of Fisheries Ministers since then.

The deep sea stands at a crossroads. This is a legacy moment, a rare opportunity to transform a complex – and currently failing – management regime to one which will conserve and protect one of the most biologically vulnerable and diverse areas on the planet. Such moments must not be missed, or squandered.