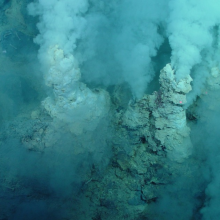 The sea floor is as crucial to human flourishing as the earth’s surface, and as in need of careful stewardship. Just like the terrestrial environment, it is made up of mountain ranges, plateaus, volcanic peaks, canyons and vast plains. It contains most of the same minerals we find on land, often in enriched forms, as well as mineral formations that are unique to the deep ocean such as ferromanganese crusts and manganese nodules.

The possibility of mining the deep seabed has been known for several decades. As long ago as the 1960s, the idea that manganese nodules on the deep seabed offered the prospect of massive profits for industrialized nations with the technology to access them, coupled with the fear that there would be a race to colonize the seabed, led the United Nations General Assembly to declare the mineral resources of the seabed as the common heritage of mankind, to be used “for the benefit of mankind as a whole”.